Pinterest is putting the “Secret” in Secret Santa this year! The virtual corkboard site is rolling out a test that will allow users to create three secret boards within their Pinterest account – perfect for keeping your gift ideas hidden!

Although the purpose of the site itself is to look at, re-pin and like other peoples pictures, according to the Pinterest Blog, secret boards have long been one of the most frequently requested features. That stands to reason given every other social platform has a myriad of privacy features, but Pinterest is yet to create one.

Among Christmas gift ideas, the most commonly requested use of the secret boards are for Wedding list ideas, photo journals and book ideas. I suppose this also means you can pin to your hearts content at work without popping up in your bosses news feed.

Software engineer Evrhet Milam wrote in a recent blog post; “ We hope that secret boards will make Pinterest even more useful. You can use secret boards to keep track of holiday gifts, plan a special event, or work on a project you aren’t yet ready to share with the rest of the world.”

Users can choose to keep the board entirely to themselves or invite secret collaborators to work on the boards with them, and the settings are available on both the website and all iPhone and android apps. The privacy settings can be turned on and off, but only for new boards. Unfortunately there is currently no way to switch previously made boards to secret ones. I’m sure we’ll all survive however, Halloween has been and gone for another year, so i think our current boards are of little interest to the prying eye.

Pinterest’s simple design has resinated with social users since the site took off earlier this year, so much so that it seems Facebook may be taking a “pin” from their page! Facebook recently began testing different versions of its “Like” button, including buttons labeled “Want” and “Collect” that will connect users directly to retailers. Items added via these buttons are set to show up on a grid of pictures on users profiles.

While the developer world will be giggling with glee to hear that Facebook may be losing its social edge, enough to copy another sites patent, we’re just happy that pinterest will be around for some time to come. Oh, and uh…. feel free to pin this to your board! 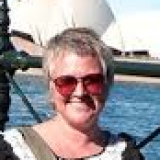